Winning means more than beating someone else. It's about beating yourself.

Take me to the zandbak

The same results as an able bodied athlete, and better.

At 13 years of age, Ronald got involved in a heavy car accident that would change his life forever

He took matter in his own hands and learned how to walk and run again in less than a year.

He was selected as the flag bearer for the Netherlands in the 2012 London Paralympic games.
This is considered a great honor.
At the age of 24 he won a bronze medal in the Javelin at the Paralympic Games of London 2012.

As severe shoulder injury wouldn’t allow him to throw anymore, he switched his discipline to longjump.

In 2015, he won the gold medal at Dutch National Championships.

He had defeated all the able bodied athletes.

Having one leg can’t stop you from doing what you want.

Looking back on the Paralympic Games 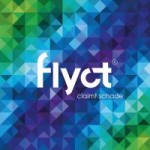